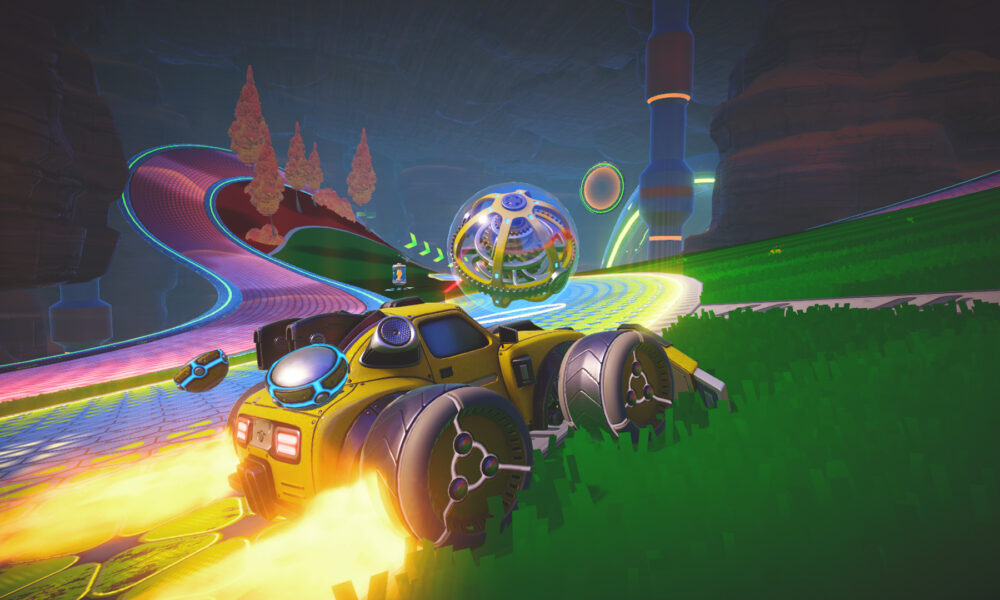 “Hey, look at us. Who would have thought that?” Golf slyly said to Racing, probably.

Today marks the release date of the highly anticipated mix of the two sports in one. Yes, Turbo Golf Racing is finally here and we are all in front of the.

The concept of the game is quite simple: up to eight players will compete online across multiple platforms and must race through a plethora of golf courses – approximately 30 levels in total – while trying to hit their ball into the finish line. There is a variety of cars and balls to choose from, including a nice disco ball. How cool!

Despite being compared to Rocket League, Turbo Golf Racing is so much more than putting a ball in a net or in this case punching a hole. The lanes feature jumps and boost pads, and even the ability to fire a missile at your opponents to temporarily stop their movement.

Game developer Hugecalf Studios, along with publisher Secret Mode, announced that the title will be available today from 3pm BST / 4pm CEST for PC, Xbox Series X|S and Xbox One users via Steam Early Access and Xbox Game. preview. cost £14.99 / €17.99 / $17.99.

Anyone with an Xbox/PC Game Pass can download Turbo Golf Racing for free.

Hugecalf Studios, which is quite new to the game industry, expects the duration of Early Access and Game Preview to last about 12 months while providing users with updated content and features, as well as fixes for the overall balance.

Players will receive new levels, cars, cosmetics and Power Cores over the months, with the first update expected to be released at the end of August. Don’t worry – it’s free. Ace!

“Player feedback is central to everything in Turbo Golf Racing today and in the future,” said product manager at Secret Mode, Krystal Ramsey.

“This ridiculously talented team at Hugecalf Studios has already created an incredible game that is exciting from minute one, but this is really the start of the journey.”

Jonny Hughes, the director and producer at Hugecalf Studios, says it’s been a three-and-a-half year journey since the original prototype, but is excited to present the product we see today.

“We are extremely proud of how far Turbo Golf Racing has come since then and we will be eternally grateful to the tens of thousands of players who helped us refine the game during this year’s beta testing.

“I’m excited for players to be able to experience everything there is in Turbo Golf Racing today, and to discover what’s to come in the months to come.”