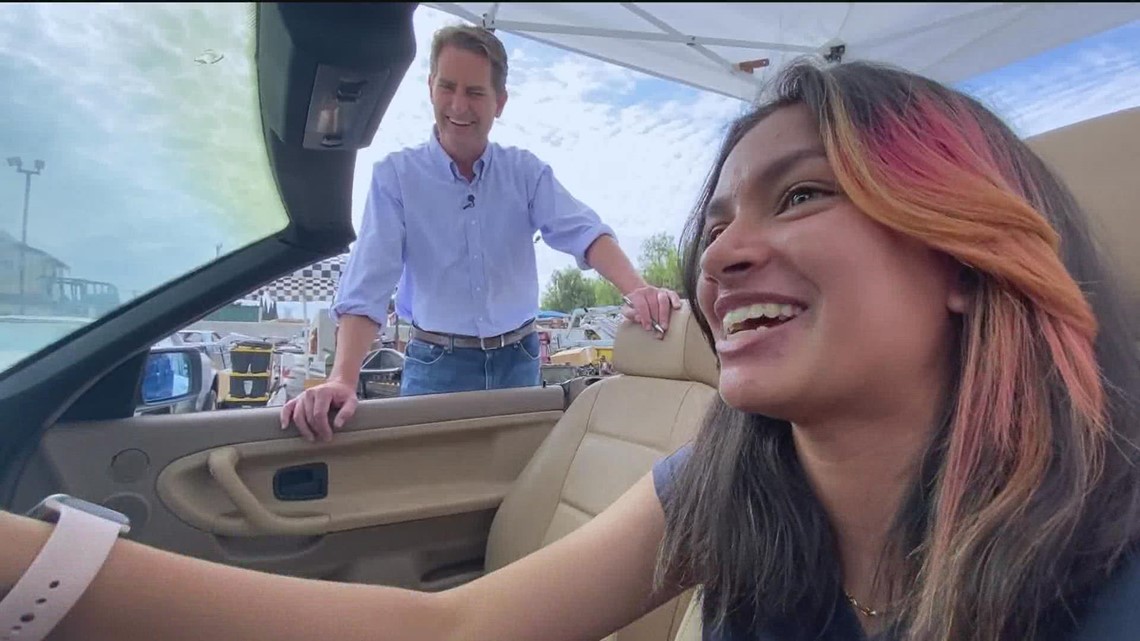 SPRING VALLEY, Calif. — More than two million high-paying jobs requiring a STEM degree go unfilled each year in the United States. In this Zevenly Zone, I went to Spring Valley to meet the right women for the jobs.

Athena Racing is a non-profit organization that helps girls prepare for career paths related to automotive, engineering, robotics or design. There we met a 14 year old girl who learned to drive a car and much more. Sonia Khanvilkar is a 10th grader at Canyon Crest Academy. We saw her driving a stripped-down sports car that was turned into a driving simulator. “It’s my first time driving for real, it prepares me for the real world,” said Sonia as she crashed on screen in front of her down an Italian road.

I hoped the program wouldn’t destroy the beautiful BMW convertible in front of me. “No, we didn’t destroy her, we made her so much better,” said Loxley Browne, the founder of Athena Racing. Her nonprofit prepares girls ages 11 to 18 for careers in engineering, design, manufacturing, mechanics, business, marketing, and public relations.

“So you would expect an engine here, but we took the engine and transmission out,” Loxley said as she showed me how her students turned the car into a simulator. Sonia is just one of 800 girls; Loxley has helped tackle a male-dominated industry. “She’s the best. I feel like she’s my backbone, like anything I tell her, she’ll support me in that,” Sonia said.

We first profiled Athena Racing in 2019, but the program had to switch during the pandemic to offer Fab Camps online. During their last camp, the girls cobbled together a floating trike from a BMX bike, tractor seat and lawnmower engine.

If only they had a future Hall of Fame NASCAR driver behind the wheel! “Jimmie Johnson, our hometown hero, is going to be the great girl dad he is, and he’s supporting us,” said Loxley.

The CEO of the organization says she won’t stop until she sees girls on Mars. “These little girls are incredible. I’m so proud of them, and they work so hard and they just need someone behind them to support them, oh my now I’m showing up,” Loxley said. “I see them grow and become more confident and it breaks my heart.”

“Okay girls who are going to be CEOs at this table, let’s flex those muscles,” said Loxley in the boardroom. Loxley purposely named her nonprofit after the Greek goddess because Athena is the Greek goddess of wisdom strategy and courage.

All the qualities Sonia will use against the boys as she races down the highway of success. “I can do everything you can, but better. I have every confidence in that,” said Sonia.

RELATED: Valley Center Woman Was Born to Serve and Help Others

Athena Racing is looking for sponsors, business partners and more students to grow their program. Are you interested or do you want more information, click here.