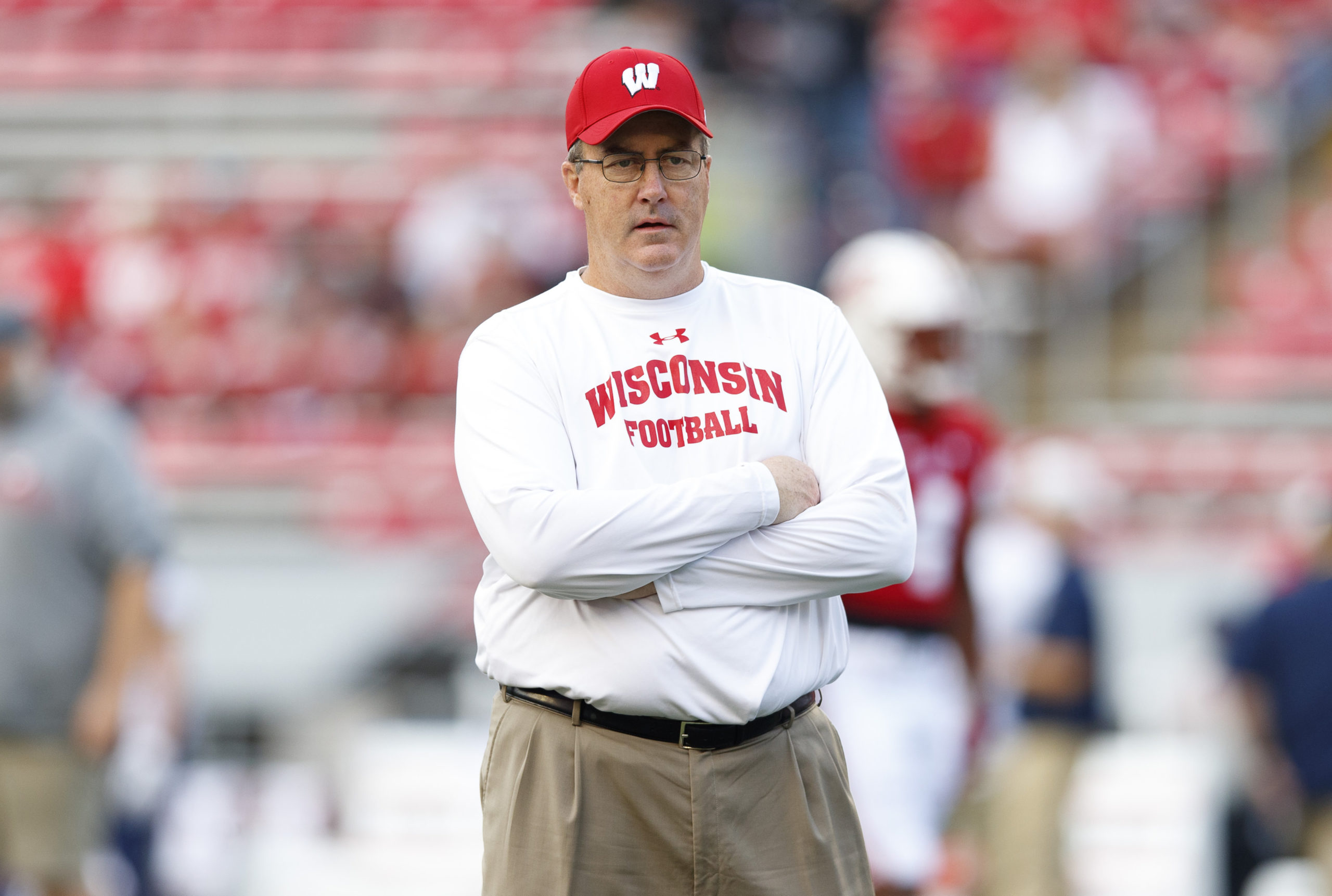 NIL (name, image and likeness) is one of the hottest topics of college off-season football. Numerous coaches have raised issues with NIL deals affecting where high school and NCAA transfer portal players choose to sign.

During the Wisconsin media day, Badgers head coach Paul Chryst was asked if NIL was being used as a “recruitment weapon.” Chryst, like many of his FBS coaching colleagues, pointed out that while there are rules against pay-for-play, they are not enforced.

Jesse Temple of The Athletic shared Chryst’s comments via Twitter:

Paul Chryst was asked to what extent he felt that other schools are using NIL as a recruiting weapon: “By the letter of the law, it should not be used for inducement. I don’t think that’s the case.”

In terms of recruiting, Wisconsin currently has 13 pledges in its class for 2023, ranked number 48 nationally on the 247Sports Composite. The Badgers signed the Composite’s No. 44 class in 2022.