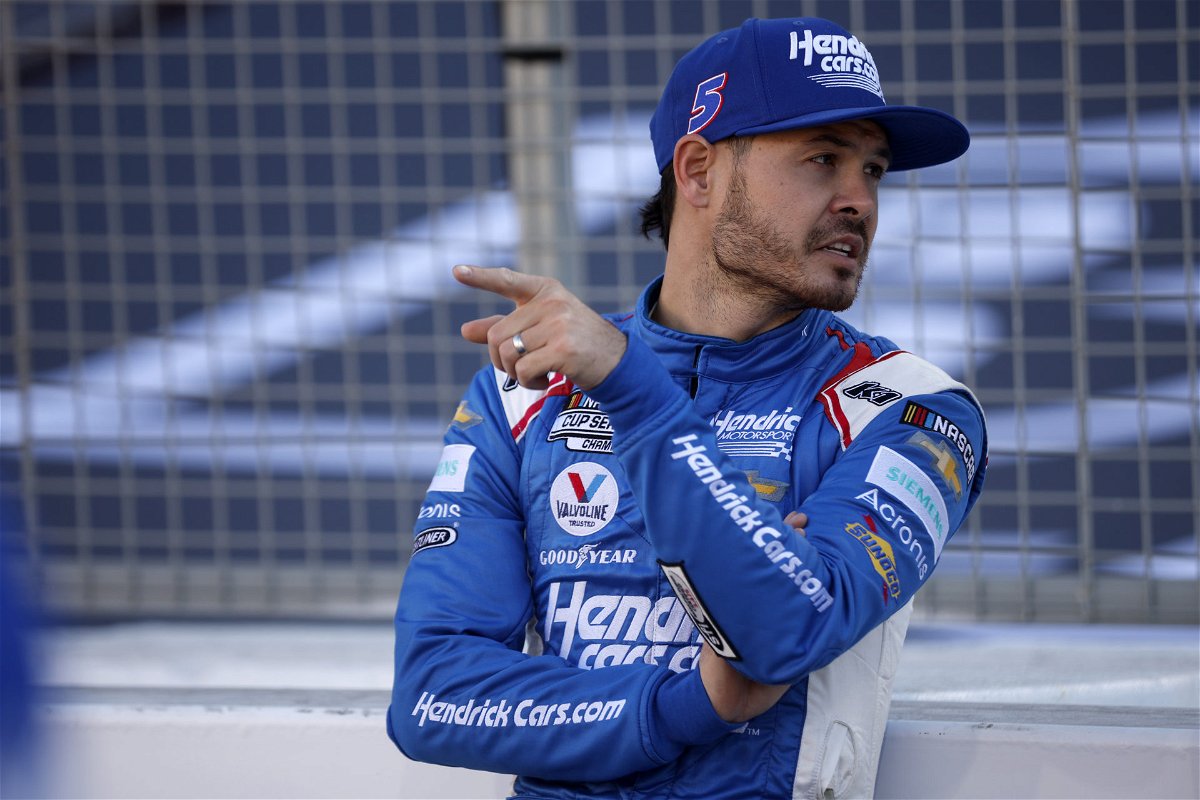 It’s hard to believe that someone like Kyle Larson, who has the talent, caliber, experience and record in road courses he does, would lose control of his car and make a mistake that wrecked Ty Dillon during the Cup race at Indianapolis. There must have been some kind of parts or mechanical failure of the car.

But that wasn’t the case. Because Hendrick Motorsports confirmed that Larson’s #5 Camaro had no mechanical failure whatsoever, ruling out even the speculated brake failure, throttle failure or the sticking of one of the two pedals.

In fact, the whole thing was blamed on the driver’s fault.

“Kyle got too deep into the braking zone and got out of shape,” Hendrick Motorsports told reporter Bob Pockrass about the incident.

But NASCAR fans didn’t buy it.

The fact that he did not give an interview is worrying. I think this is a Hendrick of NASCAR cover up

Kyle Larson’s brakes absolutely failed and there’s no way 60,000 people were there to see it.

Call it 25k and a brake failure. That’s the truth IMO.

I don’t want to start conspiracy theories (going on anyway), but Hendrick Motorsports calling it a mistake on Kyle Larson’s part is strange when he was “very hard” on the pedal.

It certainly sounded like something was wrong with the pedal before the incident.

So I have to believe Kyle Larson, who won last year at Sonoma, Watkins Glen and on the Charlotte Roval, missed a braking zone so much that his car turned into a rocket??? I would believe it blacked out while driving before buying “driver error” https://t.co/P8g20X8q9B

Hendrick’s statement about what happened to Kyle Larson on Sunday makes no sense. Something’s not right here #NASCAR

WATCH THIS STORY: Kyle Busch’s Lack of Gratitude and Lack of Time Theorized As Reasons That Will Lead To Failure In $25 Million Sponsorship Hunt

On an episode of FOX Sports’ NASCAR RaceHub, analyst Larry McReynolds described that of all his time in the sport, from what he’s seen, only two factors could have led to what happened between Kyle Larson and Ty Dillon.

“When I saw this, I went, ‘What the hell just happened?’ Because in my experience there are only two things that can cause that.” said McReynolds.

“And that’s losing the brakes or a stuck throttle.”

So it remains to be seen what will become of this situation as time goes on.

NASCAR will be racing in Michigan this weekend, and you can expect Hendrick Motorsports and Kyle Larson in particular to be bombarded with questions about the incident.