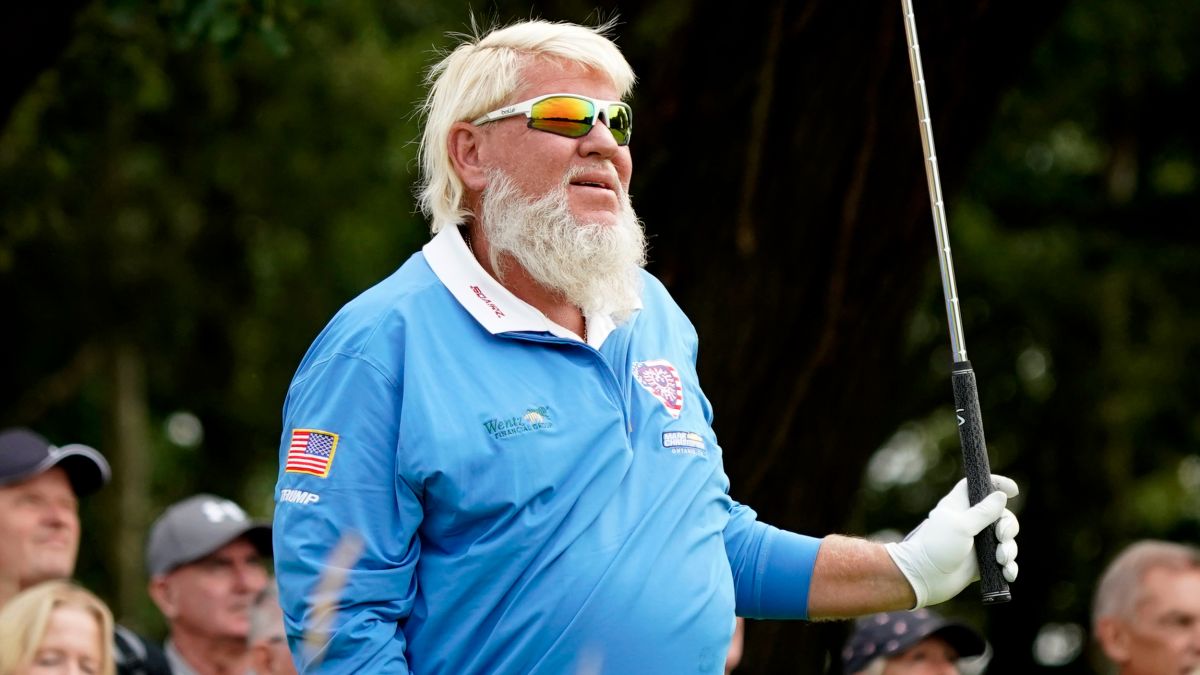 Thank you for signing up with . You will receive a verification email shortly.

There was a problem. Please refresh the page and try again.

John Daly has expressed his support for the LIV Golf Invitational Series and revealed how he was desperate for frontman Greg Norman to enroll him.

Speaking to Piers Morgan Uncensored, the 56-year-old told the host: “I begged Greg Norman to let me on the LIV tour because, you know, we work really hard and I played with Brian Harman in the practice rounds and some other guys in the British Open practice rounds and it’s like we’re playing pro-ams, we get it, okay, that’s the backbone of a lot of our tournaments.

VIDEO: WHAT IS LIV GOLF?

“As Brian Harman says, ‘Give us a box of chocolates for the trouble.’ I play two to three pro-ams on the Champions Tour every week and, you know, we don’t play for a lot of money on the Champions Tour, so I’m almost like, ‘Okay, I’m not getting much out of this, what are we? doing?'”

Daly explained that a lack of compensation for participating in the pro-ams is one thing that separates the Series from the Champions Tour. He said: “Look, sometimes I prefer to play with amateurs than with pros, but you know, we have to be compensated for that and the LIV tour has given players that. You know they play pro ams it’s a big party they play for a lot of money what these guys that are on that tour make that money and I think there are a lot of other guys that make that money especially this old one Man!”

The American then moved on to what he considers hypocrisy over the response to the Saudi-backed Series, which faced allegations of sportswashing amid the country’s appalling human rights record. He said: “It’s unbelievable. Politicians are so stupid about this. I could talk about Nike, I could talk about other companies and little eight and 13 year olds building shoes for Nike. Okay, we don’t want to get into that, do we? You want to talk about labor laws, we’re talking about golf – guys playing golf. It’s an international sport.”

Daly then returned to his original point – which is his desire to be involved in the Series, even in a non-playing capacity. He said, “Greg said he’s not doing anything anymore and that I’m too old, so…but let me go out and let my friends do all the concerts and stuff. Playing with Bryson DeChambeau in the Open Championship was an eye opener as he said, ‘It’s the most beautiful thing on earth. We still play a pro-am – it’s two pros, two amateurs. That’s how it should be, you’re done in four hours and we’re playing for a lot of money that we deserve to play for.”

DeChambeau, who is currently suspended from the PGA Tour for playing in the Series, recently said the situation “isn’t right” and that “it will be worked out”. Daly then expressed similar sentiments, saying he hopes harmony will return to the highest level of the game. He said, “I wish every tour could go together where everything could work because golf is such a great game.”