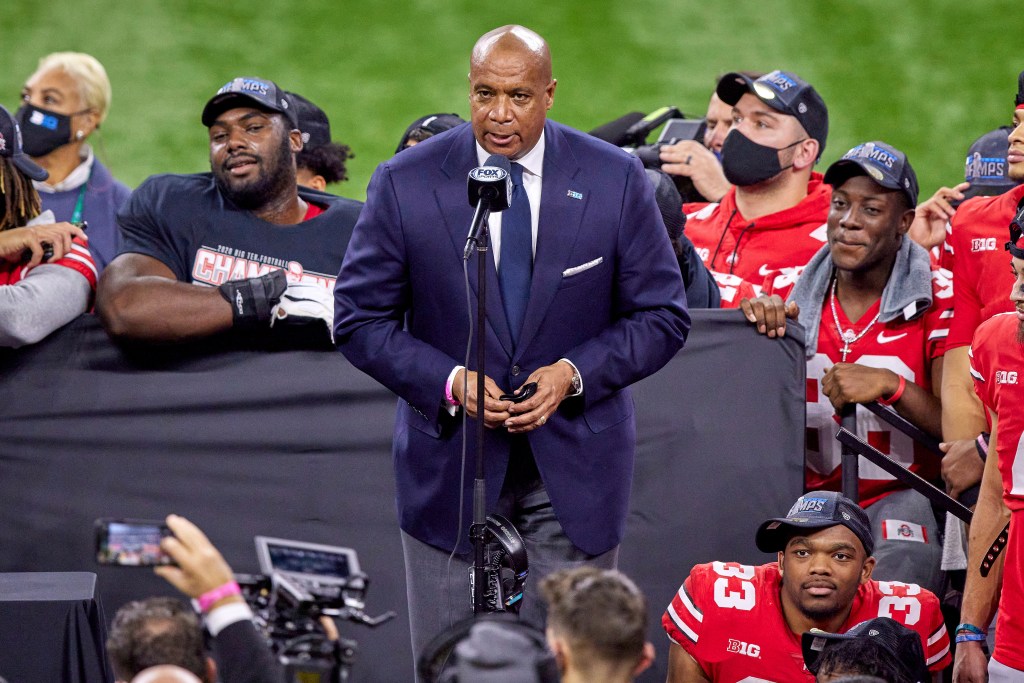 The lead up to the Big Ten Media Days had a headline with some significant legal ramifications: a reported meeting between conference commissioner Kevin Warren and a group called the Players Association (CFBPA).

The Big Ten later claimed that CFBPA executive director Jason Stahl exaggerated the nature of their discussions and then started the fledgling athlete’s rights organization from its Indianapolis press conference. For its part, the CFBPA, launched last summer as a sort of non-union organization, suggested it would pursue formal unionization if the Big Ten failed to meet its demands.

But the CFBPA’s original plan to negotiate without pursuing formal union status is problematic. The distinction between a union and a non-union “association” is important, centering on the June 2021 Supreme Court ruling in NCAA v. Alston.

Alston was based on the Sherman Antitrust Act prohibitions against commercially anticompetitive actions such as price fixing, including the price of labor. The unanimous Supreme Court ruling, upholding the law’s coverage of college sports, forced the NCAA to reconsider its stance on many issues, for example reversing previously proposed NIL restrictions in favor of more open policies in effect today. is.

But while the Supreme Court’s decision in Alston did not find the NCAA inherently immune to antitrust laws, the association has one long-standing exemption available: the non-statutory labor exemption.

Created in 1965, the exemption provides antitrust protection to all terms of employment agreed upon in a collective bargaining agreement (CBA). A salary cap set and enforced by an employer would normally be a clear violation of antitrust law, but such caps are legal when leagues and unions agree in a CBA.

This exemption is an important incentive for employers to bargain collectively, both for cost certainty and for competitive equilibrium. But it only applies to negotiations between employers and labor groups that are formally recognized as unions by the NLRB.

There’s a big problem with a non-union CFBPA: what’s the incentive for the Big Ten to agree to real concessions during negotiations? Of course, just by entering into negotiations, the Big Ten can receive public goodwill, showing that they are open to addressing the concerns of the players. But any revenue-sharing system would not be protected from antitrust investigation. New recruits not part of these negotiations can sue the Big Ten (and the CFBPA!) for illegally capturing their share of the money rather than allowing them to individually negotiate a potentially larger revenue share.

In contrast, a formal collectively negotiated agreement would bind new entrants to join the conference later and preclude price-fixing antitrust lawsuits. But the same principle would probably not apply to a group that merely pretends to be “an association that represents the interests of the players.” And if courts or Congress were to extend similar protections to non-union agreements, it would generally have negative consequences, not just in sports, but across the industry, and would remove much of the incentive for employers to attempts at unionization.

Creating formal unions for college athletes of diverse interests and opinions will be difficult — even efforts limited to one sport, one conference, or just one team. But this union move is necessary. An abridged version like the one originally drafted by the CFBPA simply doesn’t have the legal weight and support to make a difference in trying to shape the future of college sports. It could even do more harm than good.

Ehrlich is an assistant professor of legal studies in the Department of Management at Boise State University College of Business of Economics. His research focuses on the legal governance of sports competitions.