Temperatures on the field were above 38 C (100 F) for long stretches over the weekend of July 22-24, but the 22 entrants rose to the challenge, competing in six divisions.

The story of the weekend was Robbie Kavanaugh’s first singles title at the event in 12 years and the eight games he played over the weekend. He won the 4.0 Men’s Class by beating Port Hawkesbury’s John Hughes 6-2, 6-1 in a game that was closer than the score indicates. Long rallies ultimately contributed to Hughes after he had a more difficult path to reach the final.

Kavanaugh then teamed up with India’s Rishabh Bandari to reach the men’s open doubles final but lost to 12-time champion Kevin Hall, formerly of Sydney, and his partner Nathan Cloak of Sydney 6-1, 6-3 . The winning team made no mistakes and their net play was great. 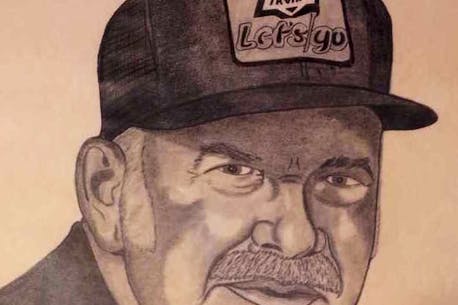 Abbey MacLeod of New Waterford, who played in her third final of the tournament, teamed up with Kavanaugh in the mixed doubles division. The local favorites fell short, losing a hard-fought game to Chris Matthews of Dartmouth and his daughter Mikayla 8-7 in a game that saw many long rallies in the heat.

MacLeod fell short in women’s singles when she lost to Chester’s Lesek Demont 6-1, 6-1. Demont, a former champion, returned to the tournament after a three-year absence and recaptured the title.

The women’s doubles final was a battle between MacLeod and Mikayla Matthews and Demont and her partner Katelyn Matthews where MacLeod took revenge by winning the title 8-3. This final was one of the best matches of the tournament.

In the main event, Chris Matthews again won the men’s open title over Kevin Hall 6-0, 6-3. The two faced each other in several finals over the years, with Matthews winning each time.

The new courts and clubhouse in New Waterford, which opened last year, have received rave reviews from visiting players from across the county. Club president Jared Pheifer along with his wife Janet and son Nate spent the weekend helping to organize the Tennis Canada event.