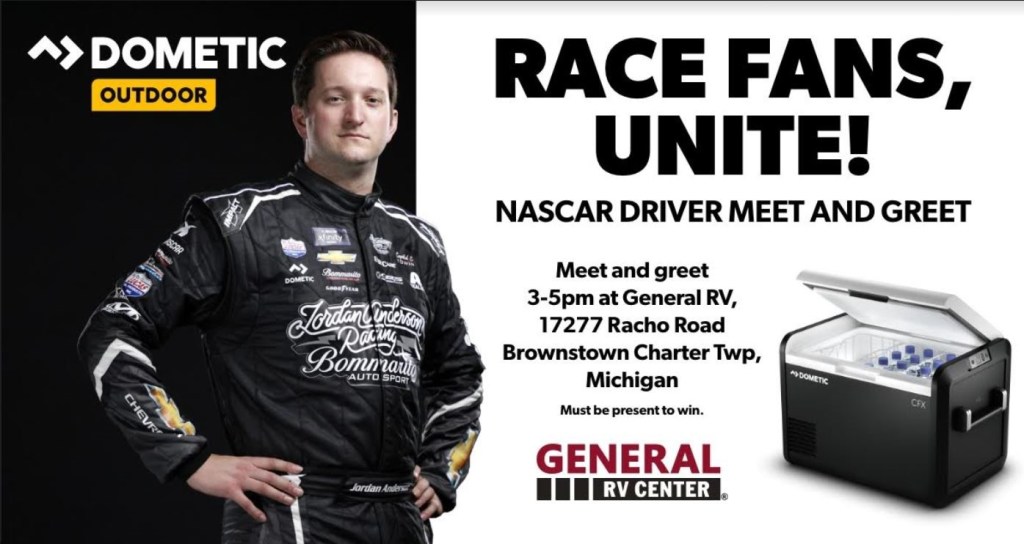 A meet and greet with NASCAR’s Jordan Anderson will be held at General RV in Brownstown on Thursday, August 4 from 3-5pm

The free event comes ahead of NASCAR Weekend at Michigan International Speedway in Brooklyn. NASCAR Weekend will be crowned by the FireKeepers Casino 400 on Sunday, August 7. Also one of the weekend events will be the Xfinity Series New Holland 250, which was held the previous day.

In addition to the meet and greet with Anderson, a Dometic CFX3 Powered Cooler with Ice Maker, worth $1,199.99, will be raffled to one entrant. The draw will take place at 4:30 PM and the winner must be present to receive the prize.

General RV in Brownstown is located at 17277 Racho Road.